Redskins and Texans have been fighting each other all practice 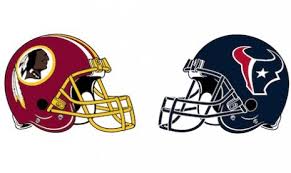 Redskins and Texans have been brawling with one another

Hard Knocks will be fun this year, especially the episode when the Texans face the Redskins, because they have been fighting all practice. They just had to stop the practice because of an all out brawl.

Jeff Darlington    @JeffDarlington
Two plays in a row end with both teams converging for a big fight! Now another fight on the other field!