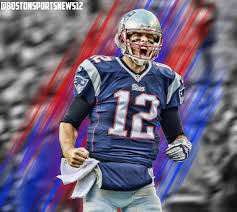 Will Patriots QB Tom Brady get a reduced suspension?

Tom Brady and the NFL failed to reach a settlement Monday in their dispute over Brady’s four-game suspension.

According to the NY Times, The N.F.L. and New England Patriots quarterback Tom Brady failed to reach an agreement to their seven-month standoff, making it more likely that a federal judge will have to rule on whether to lift or uphold Brady’s four-game suspension.

Brady and the league’s commissioner, Roger Goodell, appeared Monday before Judge Richard M. Berman of Federal District Court in Manhattan, who has urged them for weeks to settle their differences. Despite Berman’s pleas and the appointment of a mediator, the sides seem reluctant to budge.

The N.F.L. wants Brady to accept some blame for his role in the use of deflated footballs used in the A.F.C. championship game in January, but Brady insists that he has done nothing wrong and is being penalized capriciously.

The sides asked Berman to rule by Friday, although he is under no obligation to do so. If Berman lifts the suspension by then, Brady would have time to prepare for the Patriots’ season opener on Sept. 10.