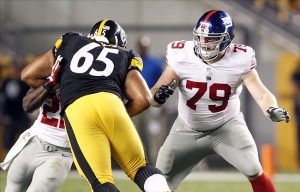 The Minnesota Vikings announced Tuesday that they have placed RT Phil Loadholt on season-ending injured reserve and signed OT Stephen Goodin to a contract.

Goodin signed with the New York Giants as an undrafted free agent following the 2012 NFL Draft. The Hastings, Neb., native competed collegiately at the NCAA Division II institute, Nebraska-Kearney, where he was a three-year starter for the Lopers. Goodin appeared in one game for the Giants during the 2013 campaign before spending the 2014 preseason with the Dallas Cowboys.