Lions defensive back says Jordy Nelson was injured by GOD, Do not blame the preseason 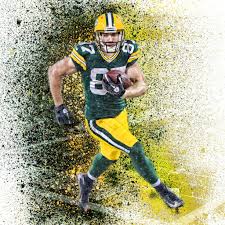 The Packers lost their best wide out to a torn ACL

Packers receiver Jordy Nelson suffered a serious knee injury in Sunday’s preseason game, but Glover Quin feels that no matter what people think, Jordy Nelson was going to get hurt regardless.  Quin says that Nelson’s injury was caused by GOD, and it would have happened whether Nelson played or not this game.

“I hated Jordy got hurt, but in my beliefs, and the way I believe, it was — God meant for Jordy to get hurt,” Quin said. “So if he wouldn’t have got hurt today, if he wouldn’t have played in that game, if he wouldn’t have practiced anymore, and the next time he walked on the field would have been opening day, I feel like he would have got hurt opening day. So in that sense, now they’ve got three weeks to make adjustments and prepare before opening day, as opposed to it happening opening day and now you’re in the season and now Jordy gets hurt. It happening in the preseason, you hate that it happened, but that gives them time to make adjustments and try to find something.”