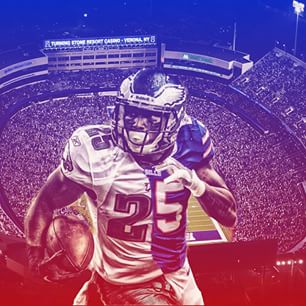 Rex Ryan will have the best running back of his NFL career as a coach, and he said via the team’s website that he more than a shake and bake guy.

“He’s not just a shake and bake guy and all that,” said Ryan of McCoy, via the team’s official website. “He can stick it in there and that was good to see.”

McCoy scored a touchdown at practice and he thanked his blockers.

“The guys up front really just got to their keys and blocked well,” McCoy said. “I had the easy part, just get in there and get skinny and get in the end zone. With (Jerome) Felton he plays a bigger role in the running game so the guys up front mixed in with him it’s a great combination.”