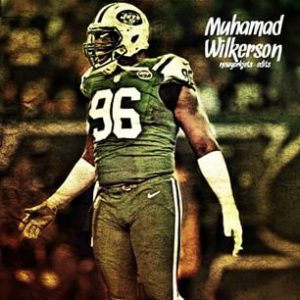 Mo Wilkerson re injured his hamstring this week, but it is considered a minor set back

The New York Jets are hoping that Mo Wilkerson returns soon, but they cannot rush him because he has suffered another set back to his hamstring.  Wilkerson returned to practice last week after time off to rehab an injured hamstring, but ended up re-injuring the hammy.

Wilkerson was out of practice on Saturday and coach Todd Bowles called him “day-to-day” after he suffered a setback in his recovery.

“Yeah it’s a just a minor little setback,” Wilkerson said, via the New York Daily News. “Last week I tried to do some reps but that’s just about it. We’re going to take it slowly and go from there. Of course everyone knows me, I want to be out there with my teammates and be practicing and involved with the guys, but for right now I have to do my job and stand on the side and help out the players the best I can, help out the defensive line and inside do all the treatment and rehab I have to do for my hamstring.”

The Jets fans have to be happy that they drafted Leonard Williams and have Damon Harrison still on their roster. Because with the Sheldon Richardson news, and now this things are getting rough for the first year coach Todd Bowles.