Jets catch a huge break; Leonard Williams did not suffer any ligament damage 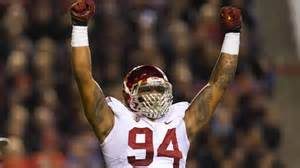 Jets have lucked out.  According to Kimberly Jones of NFL Media Insiders, First-round pick Leonard Williams suffered a muscle strain in Saturday night’s 28-18 win over the Giants, but there is no ligament damage. This is not a long term injury for Williams.

Williams will still likely miss next week, but this is great news. With Sheldon Richardson suspended four games to open the season, the Jets are counting on the rookie to fill the hole alongside Muhammad Wilkerson Now that Williams has avoided serious injury, it looks like he’ll be on track to be there Week 1.