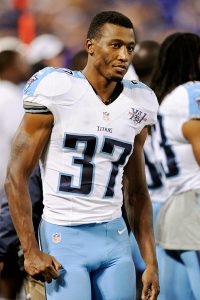 The Jacksonville Jaguars waived CB Tommie Campbell on Saturday, according to Aaron Wilson of the National Football Post.

Campbell, 27, is a former seventh-round pick of the Tennessee Titans back in 2011. He spent three years with Tennessee before he was placed on waivers as the team trimmed their roster down to 53 players last year.

He went on to play college football at Pitt (2005–2006), Edinboro University (2007), and California (PA) (2010). Academic problems ended his playing career at Pitt and Edinboro, and he was working as a janitor at Pittsburgh International Airport from 2008 to 2009. Campbell was afforded a third chance to play college football by the California University of Pennsylvania.