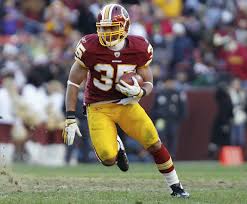 The Atlanta Falcons announced the signing of RB Evan Royster, CB Travis Howard, and LB Terrell Manning on Sunday, as well as the release of OL DeMarcus Love.

Howard, 6-1, 200 pounds, was originally signed as a college free agent by the Houston Texans out of Ohio State on May 10, 2013. He was signed by the New England Patriots on October 16, 2013, and placed on their practice squad. He was signed onto the New York Giants practice squad on December 25, 2013.

Manning, 6-2, 237 pounds was originally selected by the Green Bay Packers in the fifth round (163 pick overall) of the 2012 NFL Draft out of North Carolina State. Manning has had stints with seven different NFL teams. He has seen game action with the Green Bay Packers, San Diego Chargers, Chicago Bears and New York Giants.