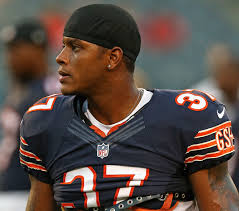 Anthony Walters the former Bears safety has signed with the Cardinals

Aaron Wilson of the National Football Post reports that the Cardinals have signed veteran S Anthony Walters to a one-year contract on Tuesday.

He was signed by the Chicago Bears as an undrafted free agent on July 26, 2011. He played college football for Delaware. He also played for the Arizona Cardinals.

Walters played at Delaware, and played in all 50 games he appeared in, recording 258 tackles, 12 tackles for losses, one sack, 16 interceptions, and 31 passes broken up. Walters ranks second all-time in school history in pass breakups and fourth in interceptions.