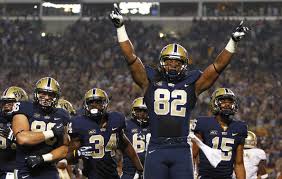 Today the Cleveland Browns made a couple roster moves. The team released a linebacker and tight end today. Both tight end Manasseh Garner and defensive back Joe Rankin were signed.  In a corresponding move the team released both Darius Eubanks (LB) and Kevin Haplea (TE).

Garner, a Wisconsin transfer, will join the Browns after starting for the Pittsburgh Panthers as a wide receiver opposite star Tyler Boyd this past year. Manasseh was with the Chiefs a few weeks ago. Rankin on the other hand comes out of Morgan State. He is a very solid cover corner, and he has good ball skills.