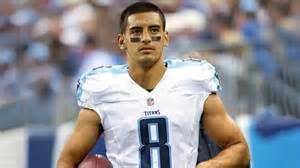 Marcus Mariota was a steal for the Titans at the number 2 pick, but can they get him under contract?

Tennessee Titans administration is not going to budge on the Marcus Mariota contract language. Titans interim CEO and president Steve Underwood says the team will not change from it’s stance to have offset language in No. 2 overall pick Marcus Mariota‘s contract. That is why the former Heisman Trophy Winner is not under contract.

“We’ve always had offset language in our player contracts. It’s nothing new,” Underwood said. “I think it is important where a high first-round draft pick is concerned, because it’s the precedent. Everything that we do is precedential for the next round of contracts,” said Underwood, via Paul Kuharsky. “So keeping the offset in place is something we want to be able to do going forward. And the minute you back away from the contract principal then you no longer are able to assert it going forward.”

Mariota is one of only three players to not be signed under contract.