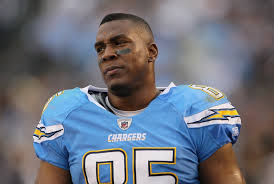 Is Shannon Sharpe wrong for his comments?

Former Denver Broncos tight end Shannon Sharpe is a very vocal individual, but what he said today in an appearance on Sirius XM NFL Radio with Bob Papa and Vic Carucci may be going a bit overboard. Sharpe said that he isn’t buying the latest explanation from a player that they accidentally took a banned substance and that he thinks Gates “cheated the game.”

What do you think? Is Shannon wrong for his comments?