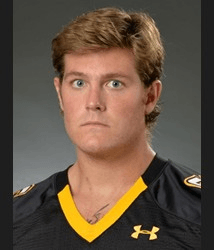 Just a few months ago, an Navy football player lost his life by suffering a severe head injury. This comes after the doctor’s told him that it would be a serious problem if he continued to play. Well now a Judge is ruling in favor of a player who suffered near fatal heatstroke two years ago playing for Towson University.

U.S. District Judge Richard D. Bennett ruled that the University must allow 22-year-old lineman Gavin Class to start practice Aug. 9 with the rest of the team, according to the Washington Times.

Class filed a disability discrimination lawsuit against the university in May after Towson barred him from outdoor practices with the team, citing the severity of his earlier injury.

In August 2013, Class collapsed during practice and spent two months in the hospital undergoing more than a dozen surgeries, including a liver transplant.