Jameis Winston is a labeled as a THUG by many, but what he just did was amazing

Leading up to the deaft you would have thought Jameis Winston was a piece of trash, but what he did this week was amazing.

Winston stopped by a Miami hospital to show support to a teen who has been in a coma since May 26th. Dwayne Mitchell, a senior in high school, was found passed out by his grandmother. His brother performed CPR until paramedics could arrive. It was determined that Dwayne had suffered a heart attack and was discovered to have a rare heart condition called Wolff-Parkinson-White. 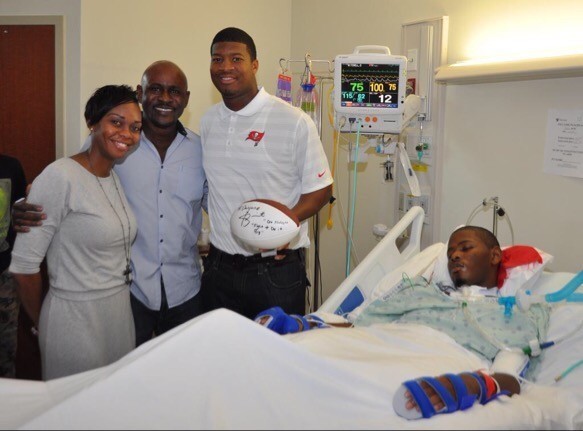 While in the intensive care unit, doctors discovered Dwayne had severe swelling of the brain and would not survive. After the family sought a second opinion, they were informed that Dwayne could in fact survive, but his recovery would be extremely difficult. His medical expenses were piling up and the family started a GoFundMe page to try and get assistance for the expenses insurance won’t cover.

Well look who stopped by to show support….