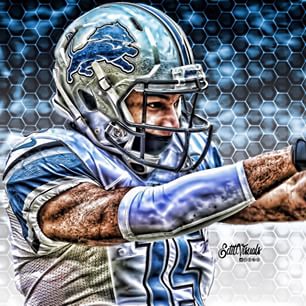 Golden Tate is a pretty vocal person but lately he has proven to be a pretty amazing football player. While he was a solid player in Seattle, he really tore it up last season for the Lions. When Calvin Johnson went down with an injury Tate stepped up and bailed out the Lions a few times. He ended the season with 99 receptions, 1,331 yards and 4 touchdowns. Tate is ready to help the Lions shake the negativity from the media.