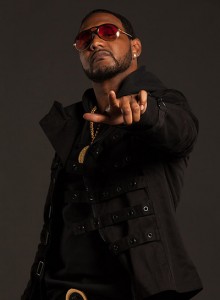 Before his rapping career could ever take off, he was a football player at G-Tech

Have you ever heard of Rico Richie?  Me either, but his real name is Reuben Houston, who once starred in the Georgia Tech football uniform and now is an aspiring rapper, who is facing drug charges. Houston was hit with 11 pounds of Marijuana and several weapons. This is not his first time in trouble though. In 2005, Houston was arrested for a drug trafficking. His case in 2005 became a publicity burden, making it impossible for Houston to have an NFL career beyond a short stint with the Tampa Bay Buccaneers.

Documents say Houston is charged with trafficking marijuana and also faces a pair of gun charges, including possession of a firearm by a convicted felon.

Houston’s attorney, Manny Arora, says the studio where several pounds of marijuana were found had four other people in it. When asked exactly how much marijuana police found, Arora said, “The police say 11 pounds, but that’s with all the packaging on it. So once we actually get an actual weight I’m sure it will be a little bit less.”

“I’ve been lucky enough to talk to some of the officers and, you know, we feel good about the case,” Arora said

I don’t feel too well for ole Rico, because a felon in possession of a firearm lands people 15 years to LIFE, OUCH….