Dolphins announce they have signed three players; Release one 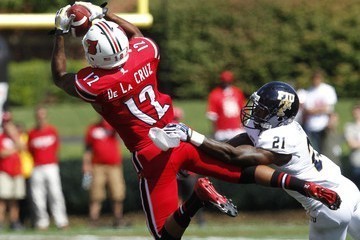 Barnett, 23, signed on with the Browns as an undrafted free agent out of Oklahoma State last year. He signed a future/reserve contract with Cleveland back in December, but was waived just a few weeks after the draft.

De la Cruz played at Louisville and is a very solid receiver. I like his game, he could be a sleeper.