Did you know Donald Trump thought about buying the Patriots in 80’s, but thought it was a bad investment? 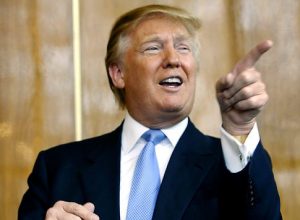 Did you know that the Donald Trump almost owned the Patriots?

Donald Trump is in the media pretty hard lately since he is running for President, but he has not always made the best decisions.  Did you know Donald Trump rejected a chance to buy the New England Patriots in 1988 but thought it was a bad investment?

Former Patriots owner Billy Sullivan reportedly approached Trump about purchasing the team in 1988, per Boston.com writer Steven Levenson. With the team being $104 million in debt, Trump passed on the offer, as sources said the debt would be “too much for him to handle.” Sullivan instead sold the Pats to entrepreneur Viktor Kiam for $84 million. Now, Forbes estimates the Patriots are worth around $2.6 billion today and are the second most valuable NFL organization, according to NESN.