Cowboys are working on another contract for Dez; This time with voidable language 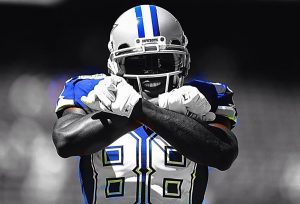 Dez Bryant could still have a shot at getting under contract

Mike Florio of Pro Football Talk is reporting that the Dallas Cowboys writing up a contract that would void future fully-guaranteed payments in the event he is arrested, incarcerated or even detained by police.

This is a smart move by the Cowboys, because they can offer him more money, and if the language is broad, in the offer, it could save them tons of money.

Pro Football Talk has already placed this language in the contracts of two of their rookies as well. According to Florio both first round pick Byron Jones and La’el Collins have the language in their deals.

Florio feels the Cowboys will attempt one more contract that will be “hard for him to reject.”