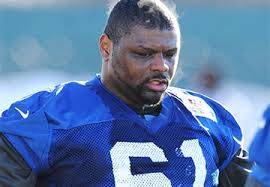 The Indianapolis Colts announced the signing of DT Jeris Pendleton yesterday.  Pendleton, 31, is a former seventh round pick of the Jaguars back in 2012.

Pendleton was signed to the Colts practice squad in 2013, but was waived last year in August due to an injury.

In 2014, Pendleton spent the entire season on injured reserve with a knee injury suffered in the first preseason game last year.  He played well in 2013 and stood a solid shot at making the 53-man roster last year, but unfortunately his season was ended with an injury in preseason.  He was a restricted free agent this offseason and the Colts choose not to tender him, making him a free agent.