Colin Kaepernick says the 49ers changes are for the “Good”; Is that a jab? 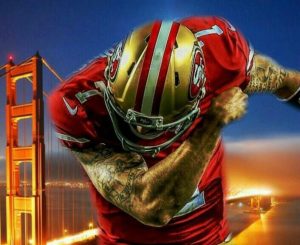 Did Colin Kaepernick take a jab at his former teammates and coaches?

San Francisco 49ers have had many players and coaches leave this year, but their starting quarterback feels the changes are for the best.

“Very excited for the season,” Kaepernick told reporters Friday night before the annual Governor’s Dinner in Nevada, via Charles Whisnand of the Nevada Appeal.  “A lot of new faces in the locker room and a lot of new coaches. I think the changes are for the good.”

Kaepernick feels the team is getting written off, but it sounds like he definitely took a jab at his former teammates and coaches.

“I feel very confident in our team,” Kaepernick added. “I feel people are writing us off, but for us, that’s all right.”