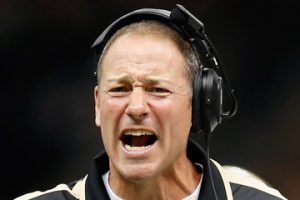 Bills should get rid of Kromer, this is a joke

When Rex Ryan said he was building a bully he was not kidding.  Aaron Kromer the former Chicago Bears offensive line coach that called out Jay Cutler last year was arrested in Florida according to NFL.com’s Ian Rapoport.

Buffalo Bills offensive line coach Aaron Kromer was arrested for assault and battery early Sunday at 1:39 am after he got into an altercation with his neighbor’s son, a minor, in Panama City Beach, Walton County Sheriff’s Office public affairs coordinator Corey Bobridnia told NFL Media. Kromer used physical force on the minor and was the only one arrested during the altercation, Bobridnia confirmed.

The Bills coach was arrested at 1:39 a.m. and released from custody at 3:10 a.m., according to jail records. The Buffalo Bills responded saying they are aware of the situation.

“We are aware of the report and in the process of gathering the facts,” Bills senior vice president of senior communications Scott Berchtold said in a statement.