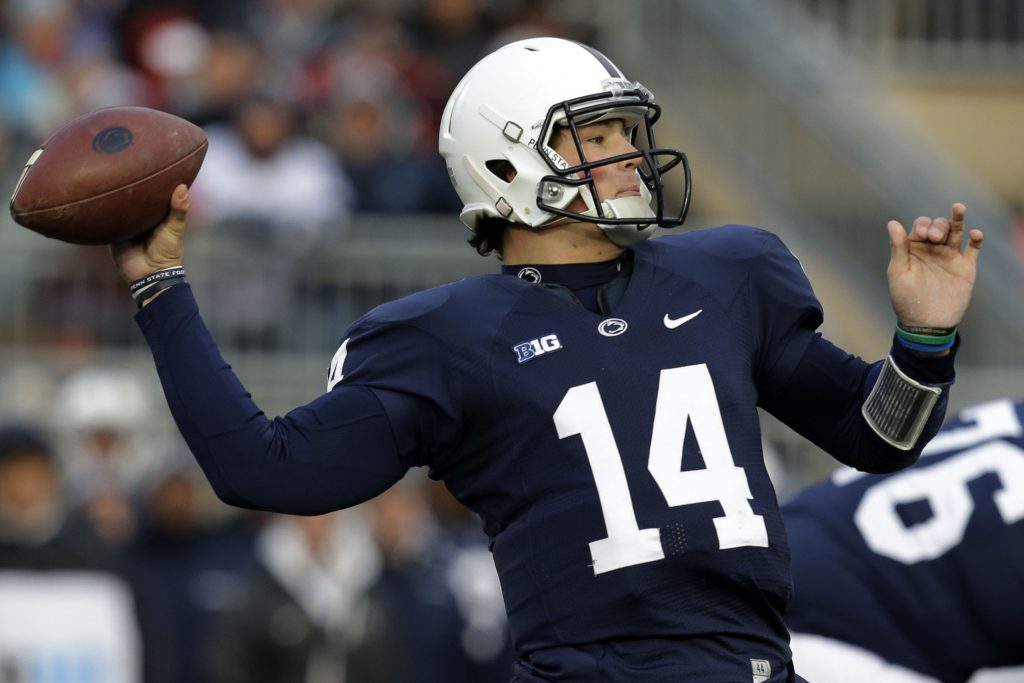 Christian Hackenberg of Penn State is rising up draft boards

Strengths:
-Ideal size
-Very strong arm, can make every throw with ease
-High football I.Q., made a lot of reads in a very pro-style offense as a freshman
-Great at precisely going through his progressions
-Terrific accuracy and ball placement when he’s on his game
-Showed a ton of poise and composure behind a bad offensive line last season
-Good feel for pressure
-“Plus” mobility and athleticism
-LeaderWeaknesses
-Can try to do too much at times
-Accuracy sometimes is sporadically streaky
-Flat out didn’t see/recognize defenders at times and threw some interceptions because of it
-Regressed in 2014

Bottom Line: Hackenberg is my number one quarterback right now, but a lot can change in a year. At times, he reminds me of Andrew Luck as a prospect with his combination of size, arm talent, intelligence, poise, leadership, “plus” mobility and experience in a pro-style offense. However, there are streaks where he is far closer to a Jay Cutler-like gunslinger than Andrew Luck. Christian Hackenberg must get back to his freshman form, get a little more consistent with his ball placement and win some more games in 2015.