Welcome to June 1st; Could be a busy day in the NFL with June 1st cuts 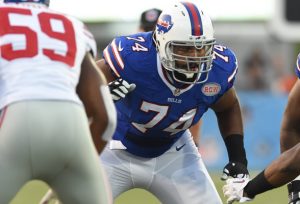 Have you ever wonder what a June 1st designation is?  Have you ever wondered what a Post Cut is?  Well today is the day for NFL teams to free up some space.  June 1 represents an important day in the calendar year for the NFL. It is a day when various rules and tenders change.

The biggest impact for teams, involves the modification of salary cap accounting rules for players whose contracts will be terminated after June 1 or whose contracts were terminated with the “Post June 1” designation.  Prior to June 1 any player removed from a teams roster, either by release or trade, will have all their remaining salary cap allocations accelerate into the current League Year, according to Over The Cap.

However, after June 1 that “dead money” charge now splits between two seasons.  Once released the team only needs to account for the current years prorated money in their 2014 salary cap accounting. All future years’ prorated money will now land as “dead money” in 2015.

Teams were allowed to cut 2 players before the June 1st deadline according to Pro Football Talk. That is under the new CBA.

What does this mean?  It means several players could get cut in the coming days in a move to land the team more Salary Cap.