Miami Dolphins have signed C.J. Mosley to a one year deal 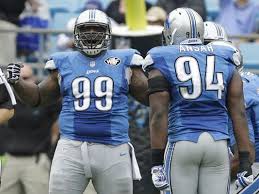 There’s an obvious tie between Mosley, and the Dolphins’ front office. From 2006-2008, he played for the Jets, Dolphins executive vice president of football operations Mike Tannenbaum’s former team. Mosley will also rejoin Ndamukong Suh, his former teammate in Detroit.

Mosley, 6-2 and 310 pounds, also has had stops in Minnesota, Cleveland and Jacksonville.