James Jones does not want to retire, Still wants to play: Has a message for NFL teams 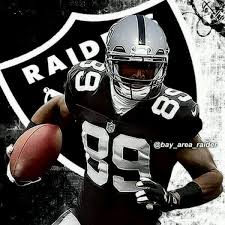 James Jones was recently released by the Oakland Raiders, but he is not done. He still feels he can make it, and is hoping that he hears something soon.

According to Pro Football Talk, he spoke to Josina Anderson of ESPN and said that the Seahawks, Giants and Chiefs all made inquiries last month after his release in Oakland. Nothing has materialized with those teams and Jones wants the rest of the league to think of him if they are in the market for help at wideout.

“I’m not retiring. I still want to play. If you need a wide receiver, come get me,” Jones said.

That message must have worked because the New York Giants are supposedly interested in the veteran wide out.