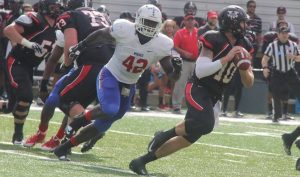 Slater was released by the Seattle Seahawks after sustaining a hamstring injury.  He was put on the waivers and the Browns quickly claimed him.