DeAndre Hopkins has never played with a great quarterback, but he has been putting up numbers since he entered the league. His coach Bill O’Brien thinks Hopkins is one of the best in the NFL. 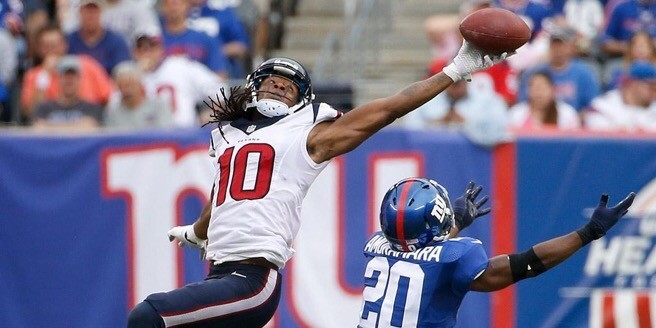 “Obviously, DeAndre Hopkins we think is one of the best in the league,” coach Bill O’Brien said this week, via Tania Ganguli of ESPN.com. “I’ve said that time and time again.”

Hopkins’ 76 catches for 1,210 yards and six touchdowns is pretty impressive. This year with Brian Hoyer as his QB, his numbers should rise.

Do you think he is top five in the league though?