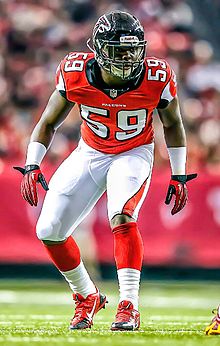 Falcons will get linebacker Joplo Bartu back

Atlanta Falcons linebacker Joplo Bartu had a two-game suspension lifted, but was fined $50,000 by the league, according to Atlanta Journal and Constitution.

Bartu had a driving under the influence no contest plea in 2014. He reportedly received a two-day suspended sentence and 12 months of probation, along with enrollment in a risk reduction class.

Bartu was supposed to be suspended for 2 games, but that has been overturned.