NFL needs to fix their policies for punishment, Look how wrong this is 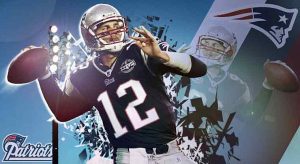 Does the NFL need to have a set of standards for punishment?

I have been studying the NFL and their punishments for the past few days and I am distraught at the outcome of some of these punishments.  I really feel the NFL picks a number out of a hat, because some of these punishments make no sense.  Some are punished extremely harshly while others are slapped on the wrist.  If the NFL had a suspension table it would be a lot better.  Here are a few mind blowing statistics, that shows inconsistency with the NFL and their decisions.

Here are two very similar situations, which had two players kill a person while operating a vehicle impaired, but both were given different sentences, WHY?

As you can see these punishments do not have a set guideline.  Richie Incognito and Jonathan Vilma were both suspended the entire year, while Brady was caught cheating, not threatening to hurt a player or picking on a fellow teammate.  Taking the integrity out of the game, but somehow receives a super light punishment.

Do you feel the NFL needs a set standard?  I do….