Johnny Manziel was very close to getting cut by the Cleveland Browns. He has since turned his life around. He moved out of his apartment and found one closer to the stadium. He also has been impressing the coaching staff including his OC who said Manziel has been awesome. 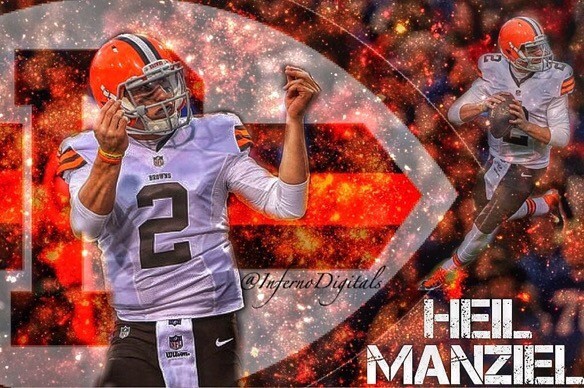 “Johnny’s been great,” DeFilippo said Saturday following the second practice of rookie minicamp. “He’s been fantastic. What [happened] before he stepped foot back in this building is his business. All I know is Johnny the football player, and he’s been awesome. He’s been working hard, very hard with myself and [new quarterbacks coach] Kevin [O’Connell], and doing what we want him to do on the field.

“He’s been nothing but a consummate professional. He’s spent every hour that he’s been allowed to spend in this building. We give them worksheets every Tuesday and every Friday, and they’re done to the unbelievable detail that we need an NFL quarterback to do. I can’t predict the future, but all I can do is tell you right now Johnny Manziel is putting him[self] in a position to be a quarterback in the NFL.”