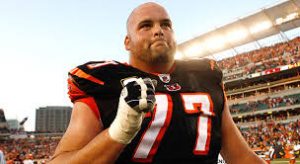 “I want to be above and beyond and do more than the average guy in this locker room. But it’s hard to do that when the feeling’s not reciprocated. Really, it’s just a one-way street,” Whitworth said, via ESPN.com. “[When the team says] we’d like you to be the leader of our football team, but we’d also like the best situation possible for us to talk to you when we want to, that’s a one-way street and not really top-of-the-line in customer service. But it is what it is. Hopefully one day that conversation will be had and I’ll be here.”

In fact, Whitworth has approached the Bengals about an extension, but it doesn’t sound like the interest may not be mutual at this point, according to Paul Dehner.