49ers could have the best two point specialist in the NFL 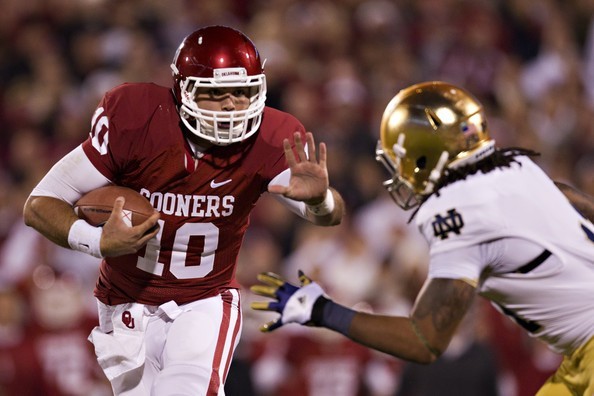 Blake Bell could become a 2 point specialist for the 49ers

Do you remember the Bell Dozer?  That was Oklahoma’s best play, and it came from their former quarterback Blake Bell.  The San Francisco 49ers drafted Blake Bell in the fourth round and it could become their best investment this year.

Blake Bell was an animal at Oklahoma at running the ball, and with the new NFL rule for extra points Blake Bell just became way more valuable.  If a team is to jump off sides on an extra point, the team has the option to run in the ball from the 1 yard line on the second attempt which is worth 2 points.

Bell ran for a career 3.5 yards a carry in college on 181 carries.  That is not easy to do, and I would not be surprised to see Bell become a legend at getting two point conversions.

So could teams be looking to sign two point specialists?  Yeah, as crazy as it sounds they will begin to find players that can do it all, and the 49ers already have a guy on the team that can get it done.  Blake Bell can just take a snap and nine out of ten times he is getting those two points.

This could be a new trend in the NFL, I would not be surprised if Tim Tebow sticks around for a while, because he is actually very useful now with this rule in place.