Rex Ryan is hosting his former safety in Buffalo today 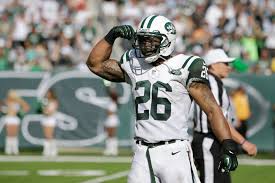 Rand Getlin of Yahoo Sports is reporting that the Buffalo Bills are hosting free agent S Dawan Landry for a visit on Tuesday. Rex Ryan might be able to land his safety on the cheap.  Landry played last year under Rex Ryan and the New York Jets.

Landry has a little market, and this could be a very good signing for the Bills, who lost Da’Norris Searcy in free agency.

Landry, 32, is a former fifth round pick of the Ravens back in 2006. He spent five years in Baltimore before joining the Jagaurs in 2011. The Jets later signed Landry to a contract a few years ago. Landry played on 92.9 percent of the snaps for Rex Ryan and the Jets last season