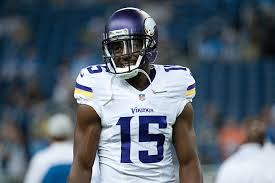 Greg Jennings has left another city without a deal.  According to Nick Underhill of the Advocate, Jennings is not signing with the Saints as of right now.

The veteran wide receiver met with the team on Thursday and left New Orleans later that evening. It was the last visit he currently has scheduled after also meeting with the Carolina Panthers, Miami Dolphins and Jacksonville Jaguars, according to a source.

The 31-year-old receiver remains a productive player. Though Minnesota’s quarterback situation was in flux last season, Jennings finished the season with 59 catches for 742 yards with six touchdowns