Greg Hardy’s first week with the Cowboys has been HELL; Bentley was flooded 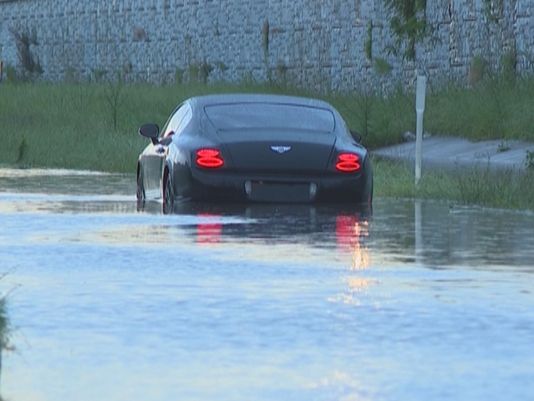 Greg Hardy has had a horrible week. He was Suspended, was called a woman beater, and now his Bentley is flooded….

What else can happen to new Dallas Cowboys defensive end?  Since signing a contract with the Dallas Cowboys, Hardy has had better days.

Yesterday he was involved in a verbal altercation with his teammate after his teammate called him a “Woman Beater”.  And now this.

News 8 in Texas, found a Bentley unoccupied near Interstate 35 and Continental Avenue.  The Bentley was flooded, and guess whose Bentley it was?  Yep, you guessed it, GREG HARDY’s. Hardy later returned to take items from the vehicle.

An eyewitness said the water was just moving to quickly for Hardy’s luxury car to make it through.