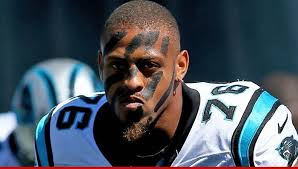 According to Rand Getlin of Yahoo Sports, both Greg Hardy and Davon Coleman of the Dallas Cowboys were involved in a verbal altercation, after the two were in an heated argument.  Hardy called out Coleman for his effort, and Coleman responded calling Hardy some hurtful words.

“He called him a woman beater,” a source told Getlin.

Hardy is suspended for 10 games for last year’s domestic violence incident involving an ex-girlfriend. He has appealed that suspension, but it sounds like the Cowboys new sack master is already face adversity.