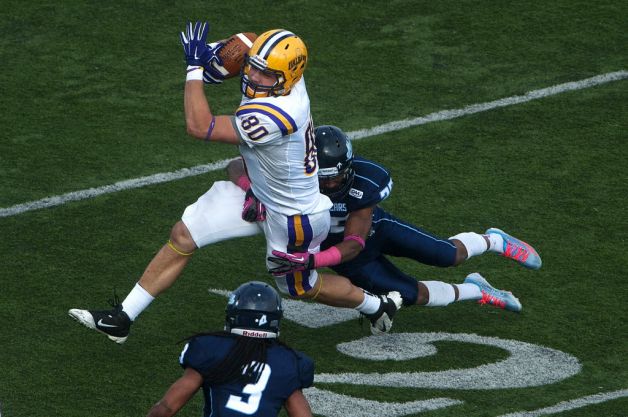 My name is Brian Parker.

I played college football at the University at Albany.

About 10 teams out of high school were recruiting me

I chose Albany because it was one of two schools offering me an athletic scholarship, and the higher level of competition.

I am from Rochester, New York, McQuaid Jesuit High School.

My role model for football would have to be Peyton Manning.  There is no one who I have watched that is as much a student of the game as Peyton Manning is, not to mention his class and achievements.

I have met with lots of different scouts.  What most scouts say to me is that I have really quick feet for my size, and I use my hips very well when I block on the line of scrimmage.

Growing up I played soccer, basketball, and football.

I played wide receiver more than I played tight end in high school, but on defense I played defensive end, linebacker, and cornerback.

What separates me from others at tight end is my ability to be utilized just as effectively in the run game as I am in the passing game. 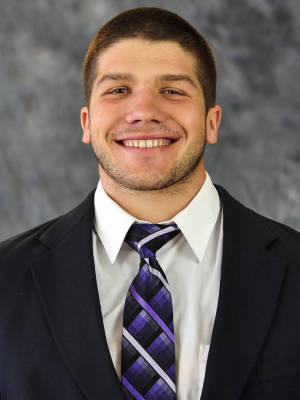 When I am breaking down film on myself, I look for my mistakes, and how they affect the play as a whole.

The toughest player I ever faced was a defensive end at Albany named Ed Delaney.  He was born with one hand, and if he had two, I am certain he’d be already playing on Sundays by now.

I can compare my play with Jace Amaro.  We are similar in size, and we both are able to block well and shed tackles after the catch.

I have been pretty fortunate in my life when it comes to facing big obstacles.  My biggest obstacle in my life regarding football would have to be when I got switched to tackle before my first spring ball at Albany.  I overcame it by accepting the fact that it was best for the team, and used it to work on my progression as a blocker.  I ended up getting switched back to tight end and had 3 touchdowns my redshirt-freshman year.

Before games I like to relax and loosen up.  I don’t like getting to hyped up and nervous for the game until it is time to go out on the field.

My biggest strength is my YAC.  I take pride in not being able to be tackled by one guy and not going down without a fight.

My biggest weakness is the level of competition that I have played against.  I dominated at the FCS level, but I wish I were able to show my talents against higher competition on a weekly basis.

If I had one second to sell myself to a GM I would tell him to watch my film and look at my combine numbers.

My favorite team growing up was the Buffalo Bills.

If I could have dinner with 3 people dead or alive I would choose Muhammad Ali, Abraham Lincoln, and Adam Sandler.