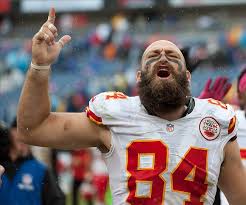 Many believed that Sean McGrath was ready to call it a career, but that is not the case. According to Pro Football Talk tight end Sean McGrath didn’t report to Kansas City Chiefs training camp last year as he elected to retire from football to deal with personal issues, but now he is trying to return.

According to Terez A. Paylor of the Kansas City Star, McGrath’s agent, John Owens, said that his client is planning a return to football. The only problem is he will have to find a new team.  According to Paylor the Chiefs released him yesterday from the reserve/did not report list. McGrath appeared in two games for Seattle in 2012 after signing as an undrafted free agent. He was one of the team’s final cuts prior to the 2013 season and was claimed off waivers by the Chiefs. McGrath appeared in all 16 games for Kansas City with nine starts and caught 26 passes for 302 yards and two touchdowns.