Bad News for one NFL agent awaiting the draft; Three of his clients all might fall out the first round 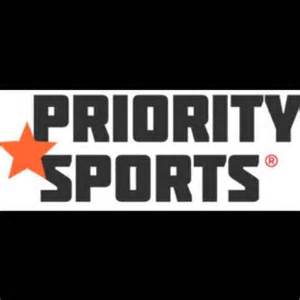 Everyone thinks it is so glamorous to be an NFL sports agent, but there is one agency that is about to cry after tonight.  That is Priority Sports ran by Deryk Gilmore.

Their draft class was looking amazing up until about a month ago.  They had Randy Gregory, P.J. Williams and La’El Collins.  All three were projected as first round picks.  Now almost a month later, all three might fall out the first round, and one might not be drafted at all.

Randy Gregory the former Nebraska pass rusher, was considered a top 5 pick by everyone until the NFL Combine.  He lied to numerous teams saying he did not smoke weed, but then a month after the draft found out he failed the drug test at the Combine.  Despite the amazing talent, NFL teams were not happy about it.  Add in the fact he struggles to put on weight, and then the fact that he told the city of New Orleans he thought their city was boring, and you can see why there is a downward spiral.

That is not the only player in trouble though.  P.J. Williams was busted for a DUI charge about two weeks before the draft.  While the former Florida State cornerback had all the charges dismissed because lack of evidence, teams also marked him down for a red flag and moved him down their big board.

Lastly, La’El Collins the former LSU standout was ready to tear it up. He was flying up boards, and was projected as a top 10 pick, and now he might not be drafted at all.  His ex girlfriend was found about 3 days ago shot to death.  She was pregnant, and Collins could be the father to the baby.  While the Police have said that La’El Collins is not a suspect, his draft stock is plummeting.  He has went from a guaranteed first round to some teams removing him all the way off their boards.

I talked to a team tonight that said character concerns are a huge factor now. Thanks to the Ray Rice, Greg Hardy and Aaron Hernandez experience.  So many teams are scared to mortgage their future to land a player with a red flag, and as an agent, it has to be tough.

Priority Sports will be fine and they will make out in the end, but still this is a great story on why it is not always beautiful to be an agent.