Packers have only used the Franchise Tag twice under Ted Thompson; Will Cobb get it? 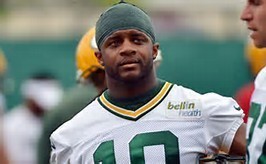 Earlier this week, CBSSports.com’s Jason LaCanfora reported that the Green Bay Packers were focusing on their other free agents and were engaged in talks with Bulaga, rather than dealing with Randall Cobb who should be their main priority. ESPN’s Ed Werder reported Thursday that there had been little progress between the Packers and his agent Jimmy Sexton on a deal for Cobb, who is reportedly looking for 9 million dollars a season.

Cobb took to his Twitter account last week, and told the fans don’t believe what you hear.

Rule #1: Don’t believe everything you hear in the media.

The problem with the Franchise Tag for Cobb which would pay him 12 million plus a year, is the Packers usually do not use the tag, according to Jason Wilde of ESPN Milwaukee.

The Packers have until Monday at 3 p.m. Central time to put the franchise tag on Cobb, if they decide to use it on him. Packers general manager Ted Thompson has used the franchise tag only twice before: On defensive lineman Corey Williams in 2008 before trading him to the Cleveland Browns, and on nose tackle Ryan Pickett in 2010, before signing him to a new long-term deal.

So the major question becomes, will the Packers slap Cobb with a deal?  Well according to Wilde, the team will work diligently to try to get Cobb under contract long term, before free agency starts.