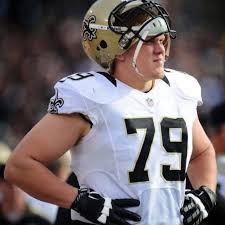 Aaron Wilson of the National Football Post, citing a league source reports that the New Orleans Saints have re-signed OT Bryce Harris to a one-year contract.

Saints re-signed Bryce Harris to a one-year contract, according to a league source

Harris, 26, originally signed on with the Falcons as an undrafted free agent out of Fresno State back in 2012. He later joined the Saints before the start of the 2012 season. In 2014, Harris appeared in all 16 games for New Orleans.