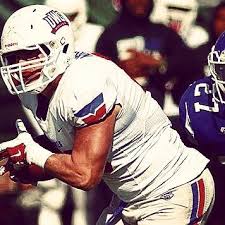 I had about 6 GSC and SAC  conference schools (division 2) recruit me out of high school. No big time offers, mainly because I played left tackle at 220 lbs on an option football team in high school. Didn’t actually play tight end and fullback until I got to Newberry College.

I chose Newberry because they told me I would get immediate playing time at the TE and Fullback position as a true freshmen. And for a school to offer me a scholarship to play tight end based on only offensive tackle film was a blessing.

Both of my parents. They are willing to do anything for their kids and anyone for that matter. Always have been supportive.

Yes, they like my size and film and are interested to see numbers I put up on pro day.

I played both basketball and baseball growing up.

In high school I only played football and baseball.

In college I have only played tight end and fullback. In high school and little league I played some defensive end.

Physicality and aggression at the point of attack.

I always look at the defensive ends technique and ball get off coming off the snap along with pad level. It is also helps to look for LB and DE tendency’s on certain downs depending on pass or run situations.

Larry Dean played LB at Valdosta state when I was at Newberry. He always came across the ball looking for a collision. 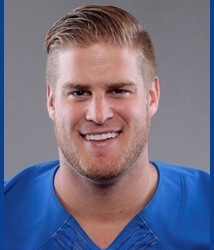 James Devlin of the New England Patriots. He’s a tough physical blue collar fullback that does his job to allow others the opportunity to make big plays. Selfless player that plays with a great deal of intensity.

I have been fortunate enough not have anything severely bad happen in my life but if I had to name the biggest obstacle from a football standpoint it would be transferring from Newberry College to West Georgia. I left a lot of good friends behind and had to learn an entirely new offensive system and coaching staff. Then my senior year at UWG getting an entirely new coaching staff and playbook to learn was tough as well, but it was a very rewarding experience and the best season of football I’ve ever been a part of.

Pop in headphones and try to relax before the game.

My determination and unwillingness to be beaten.

Overthinking and getting too anxious.

I would tell him that I am a hardworking determined player that strives for excellence and is willing to do whatever it takes to help his organization.

Mike Vick and the Atlanta Falcons.