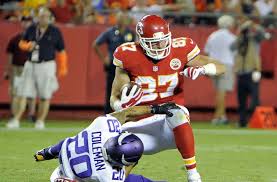 The Carolina Panthers have announced the signing of S Kurt Coleman on Monday, according to Adam Caplan.

“When you watch this defense on film, it’s tenacious. That’s my style of play. That fits me perfectly,” Coleman said. “And one of the things I was really considering was which teams are really striving to be champions? I think Carolina is building and building. I can be another piece and I can help these guys get to that next level.”

“Kurt gives us a versatile safety who can play both spots,” head coach Ron Rivera said. “He’s athletic, he’s intelligent and will understand the system, having worked with Sean (McDermott) before. He’s a very consistent player and also adds special teams ability. That is something we’ve talked about improving upon, and we’ve made some moves this offseason looking for guys that can help us on special teams.”