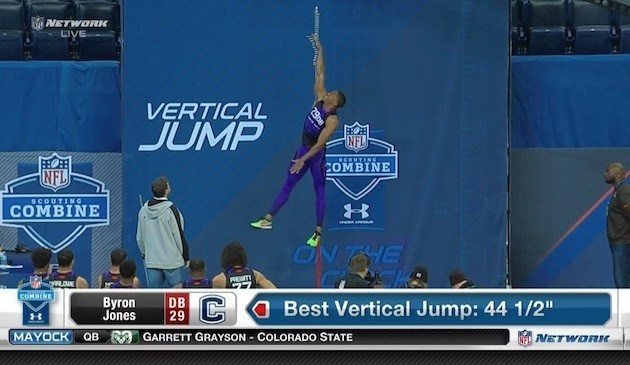 Who is Byron Jones? Byron Jones is one of the nicest men you will meet off the field.  He is a very solid cornerback that should have been rated much higher than he was, but he was injured this year missing most of the season.

Well today at the Combine, Jones blew away the people running the event.  He broke the broad jump record by 8 inches. YES EIGHT INCHES….

Byron is a good kid and although he did not run the forty, the former Huskie is proving his worth at the Combine.