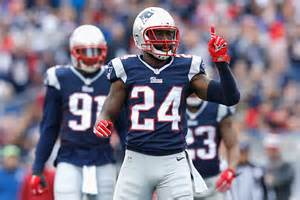 Last year the New England Patriots scooped up Darrelle Revis after getting cut by the Buccaneers and offered him a pretty decent deal.  Well if you remember correctly Jonathan Kraft called the deal a placeholder which basically meant the deal was for a one year deal allowing them to break up the cap to benefit the team.  Well now the team has a decision to make, and if they do of course keep him they will need to pay him 20 million fully guaranteed dollars in 2015.

Patriots president Jonathan Kraft recently described the second year as a placeholder.  Revis, who hasn’t commented on his situation, would describe it differently.  From the player’s perspective, the second year was aimed at allowing the Patriots to divide the signing bonus over two years, for cap purposes.  So, from the player’s perspective, the potential alternatives are:  (1) sign a new contract with the Patriots; or (2) be released by March 9 and sign a new deal elsewhere, according to Pro Football Talk.

Revis could be hitting the open market, but will a team be willing to throw 20 million at him?