It is time for the Steelers to let Troy Polamalu leave; Unless he takes a huge pay cut 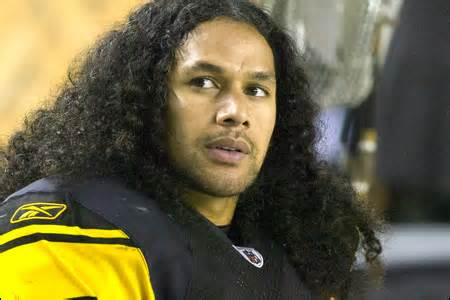 Troy Polamalu is one of the best safeties in Steeler history, but he turns 34 in April and he has clearly lost a step.  While he does not want to retire, the Steelers are faced with a huge decision.  The eight time Pro Bowler is coming off a season in which he did not intercept a pass or record a sack for the first time since 2007.

Polamalu is still under contract with the Steelers for two more seasons, but he is due a base salary of $6 million in 2015. There is no way the Steelers can keep him on the roster at that price.  He is in a constant decline and while you would love to have the veteran safety on your roster, the Steelers will be forced to make a decision, because they need to get Big Ben under a contract.

Cornerback Ike Taylor told 93.7 The Fan in Pittsburgh that Polamalu is already training with the intent of playing next season, and while that is good news for his fan base, the Steelers need to really think about this decision.  They need to go to Polamalu and tell him to take a pay cut.  If he doesn’t want to take a pay cut then the Steelers might be forced to released the former USC standout. While it will be hard to see Polamalu in a different uniform, the Steelers need production out of their safeties, not just a leader.