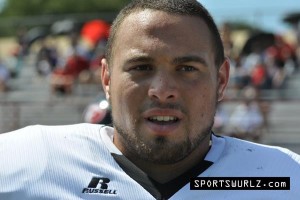 I went to Foothill Community College and had to sign at the Division 2 level or lower due to Clock eligibility. So I  took a visit to Concord University and knew there was no other coaching staff I wanted to play for besides the ones at Concord.

I don’t have a role model but I always looked up to guys such as Brian Dawkins and Ray Lewis. I looked up to those guys because the hard work they put in to be the best year in and year out in the NFL and what they do off the field to help their communities out.

I haven’t met with any scouts yet. Hoping to hear from them after my combine and pro days. 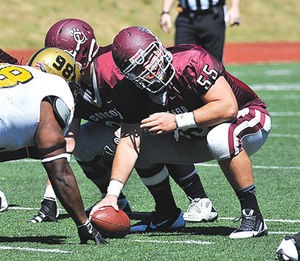 I grew up playing Baseball. Once I got into High School I Wrestled played Baseball and played Football.

I long snapped and played Linebacker in College.

I would have to say my speed and physical presence and the way I practice throughout the week.

I look for Tendencies on what my opponent likes to do on certain down and distances. I also try to evaluate their technique and to see what their weakness is.

I would have to say Howard Jones since he’s playing for the Pittsburgh Steelers.

I would say Lorenzo Neal.  The main reason why is he enjoyed getting after the defense and brought a physical presence to each team he played for.

I would say maturing out of high school and trying to decide if I wanted to  play baseball, wrestling or football in college. After choosing football, I set short-term goals and long-term goals. That way I can stay focused and block all other distractions out.

I like to be alone and close my eyes for a few minutes and play the game in my head and visualize what I am about to do out there on the field.

My physicality and Motor. I enjoying getting after my opponent til the whistle blows.

I don’t believe I have a weakness. One thing that knocks me when people look at me is probably my height. Since I am only  5ft 11 I get overlooked by other players who are 6ft and above, so I use that to my advantage.

I would say you can’t find someone who gets after it  the way I do and can be a leader of a team like I am.   Another thing is, I’ve been coached by the best Coaches in the country and have continually excelled. With that said, I bring a blue collar mentality to work every day and focus on every detail to get mentally and physically ready for game day.

Zach Thomas was someone I looked up to and enjoyed watching him get after it every Sunday. I grew up as a San Francisco 49ers fan.

I would want to have Dinner with  Zach Thomas, Lorenzo Neal and Mike Alstott.