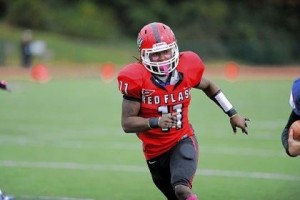 Not too many. I was a bit undersized coming out of high school.

Saint Francis was the only division 1AA school that gave me a shot. I had to take it and run with it.

Sean Taylor, he made the opposing players fear his presences. That’s my goal every time I step on the field, get the other team to fear me.

I played pretty much every position on the defensive side of the ball.

My brain, I like to think that I have a very high football IQ.

Tendencies, alignments and spacing are huge for offenses. For example, with me understanding why the opposing player is inside or outside of the hashes puts me at a huge advantage.

Bob Sanders in his prime because he wasn’t the biggest guy, but he had the heart of a lion. He hit people like he was 6’4 240. I think I bring the same mentality and explosiveness.

I would one of the biggest obstacles in my life was losing only 4 games during my entire high school career to winning only 1 game my freshman year of college. I felt like the culture of Saint Francis was completely backwards. The lack of passion for the game of football here was very discouraging. I contemplated transferring almost every day. But I stuck with it and began to try to encourage and change the way people thought about football here at Saint Francis. I believe that I had a major impact on leading the program into what it is becoming. I see great things happening in the near future of the Saint Francis football program.

I have to go through my workout with the agility ladder. 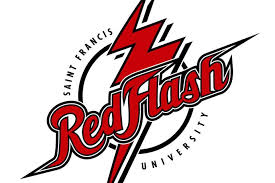 Being too aggressive sometimes

If you want someone that’s going to give his all to be the best player on and off the field, I’m your guy.

Sean Taylor and the Redskins